It was reported that 2016 is the hottest year worldwide. Factors like climate change and the El Niqo have the tendency to drive the temperature more than the usual record. 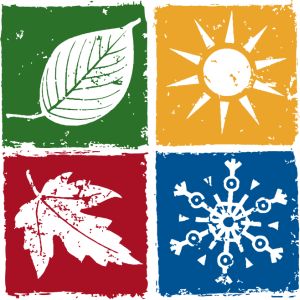 According to their analysis of the global temperature, NASAs Goddard Institute for Space Studies (GISS) reported that August 2016 was the warmest August recorded for over 136 years. This proves that global warming plays a big role in contributing to this condition. There’s a greater issue though and that would be El Niqo.

El Niqo has the biggest impact worldwide. This happens in the Pacific Ocean and what comes next is the natural phase of warming. Though it takes time to spread around the globe, it has an incredible effect on weather and it is bound to have a negative outcome, globally.

Instances of heat waves in different parts of the world like China, Russia, Australia, the Middle East and some areas in South America have been rampant for the past few years. In England, floods have occurred in the northwestern part of the country and it is most likely caused by climate change.

The rate of global warming is accelerating fast. The trend in the warm temperature caused by global warming will continually increase unless carbon emissions begin to slow down.

Simon Bullock from Friends of the Earth commented, “This is yet more evidence that the world is warming fast. Well see far more savage storms and floods in places like Cumbria and Chennai if governments do not act to cut carbon pollution.”

Bob Ward said: Global mean surface temperature continues to rise. This means governments must act strongly and urgently to cut emissions of greenhouse gases if there is to be any chance of keeping future warming to well below 2C, as laid out in the Paris agreement. Ward is the policy director at the Grantham Research Institute on Climate Change at the London School of Economics. He continued, This projection is another fatal blow to claims by climate change skeptics that global warming has stopped or stalled.

With these facts in mind, it is time that we start preparing. Every year, the heat is getting beyond the average temperature. To make sure that you are ready to battle the heat while helping the environment, there are various options available. There are efficient conditioning units that are also capable of limiting carbon emissions.

If you’d like to find out more about getting ready for the heat while being eco-friendly, let us know and we can arrange that for you. These may get tricky but we can make it happen. We’ll be more than willing to discuss your options. Our experts can check your preferences and we can explore further alternatives.

Our trustworthy staff can answer your questions. The Heating Ontario team can definitely work it out for you. We have forms on the website that you can use to submit your requests. Just in case though, you can reach us here: (click-to-call): 647-591-2683. You can talk with our experts over the phone for real time assistance.